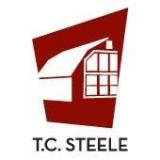 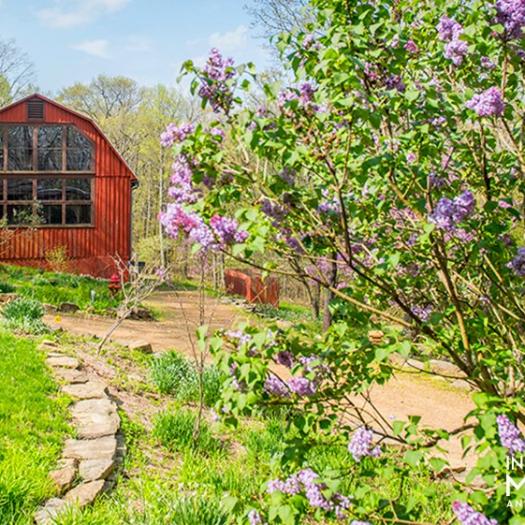 Theodore Clement Steele (1847-1926), noted Indiana artist and member of the Hoosier Group of American regional impressionist painters, was inspired by the picturesque scenes that he encountered in Brown County. In 1907, Steele and his second wife, Selma Neubacher Steele, purchased property in Brown County and began construction of their home, which they named "The House of the Singing Winds." They built the Large Studio in 1916 to accommodate Steele's work and landscaped the surrounding hillsides to enhance the beauty of their property. Selma created several acres of gardens around the home. From 1907 to 1921, the Steeles wintered in Indianapolis. They established a home in Bloomington when Steele became artist in residence at Indiana University in 1922. Each spring they returned to their Brown County property. As Steele's popularity grew, an increasing number of visitors were attracted to Brown County to meet the artist and to see his work and estate. Steele was at the forefront of the state's art movement and is still one of Indiana's most honored artists. His appreciation of nature, combined with his intelligence and capacity for concentrated study, raised his works to an extraordinary level.
Click For More Information

You have no education resources added; you can add one here.