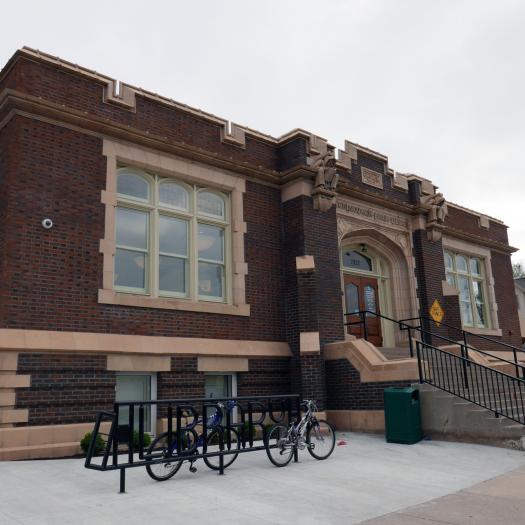 Built with funds from a grant by the Andrew Carnegie Foundation, the East Washington Branch of the Indianapolis Public Library system opened in 1911, six months before the opening of the city’s other remaining Carnegie Library, the Spades Park Branch. In 2017, a major renovation was completed to modernize the century-old building, which is included in the National Register of Historic Places. We are located at 2822 E. Washington Street and have a handicap accessible entry on the East side of the building, facing the Mexican restaurant Tlaolli.
Click For More Information

You have no education resources added; you can add one here.