Don't Discourage a "Ball Hog" | Kids Out and About Indianapolis 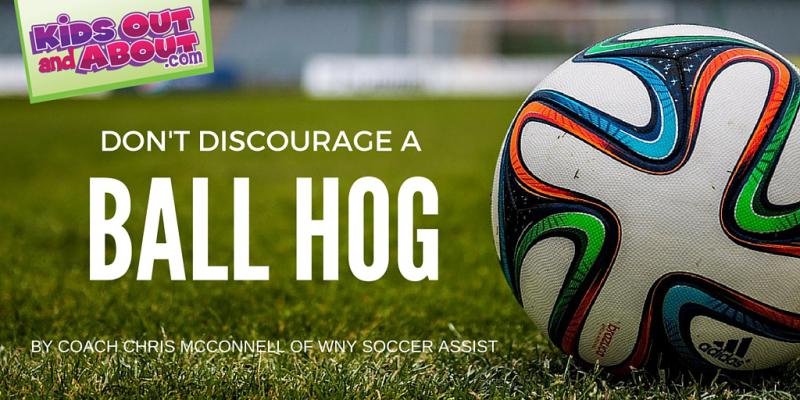 Being on the sidelines of a youth soccer game can be an extremely enjoyable experience, but for the parents whose child is dribbling circles around everyone and scoring all the goals, it can be an uncomfortable one. We've all seen them on the sidelines. They usually have their heads down and embarrassed looks on their faces after their child scores his or her 5th goal. Unsure how to handle the situation, they make sure to "lecture" their son or daughter the next time they come off the field, just loud enough so the other parents know that they are aware of the issue and are handling it - "Johnny, stop scoring goals.  Pass the ball to your friends." The only problem is, there is no issue.

Sure, no one likes a show-off. But at age 8 or 9, no child is trying to be a show-off. They are just following the rules of the game. In soccer, you dribble, and you score. It's very simple. It's us adults that complicate it. So, the game becomes confusing to the children when we tell them to stop scoring and pass the ball.

In the U.S., we are known for developing some of the most uncreative soccer players in the world because we stifle creativity at such a young age by telling good players to stop being ball-hogs. I'm fairly certain that when Lionel Messi was 7-years old, his parents never yelled at him to pass the ball after scoring his 6th goal in a game. And, I'm sure that when Christiano Ronoldo was younger, his parents never thought of him as a ball-hog. There comes a time in every young soccer player’s career when the game slows down for them and they need to move to an older team or a higher division in order to further develop their soccer skills and challenge themselves.  But that time comes later – when they’re 11 or 12, not when they’re 6 or 7. Up until age 10, young players should be encouraged to dribble, dribble, dribble! Not just by their coaches, but by their parents, by their friends’ parents, and even by the other team’s parents! 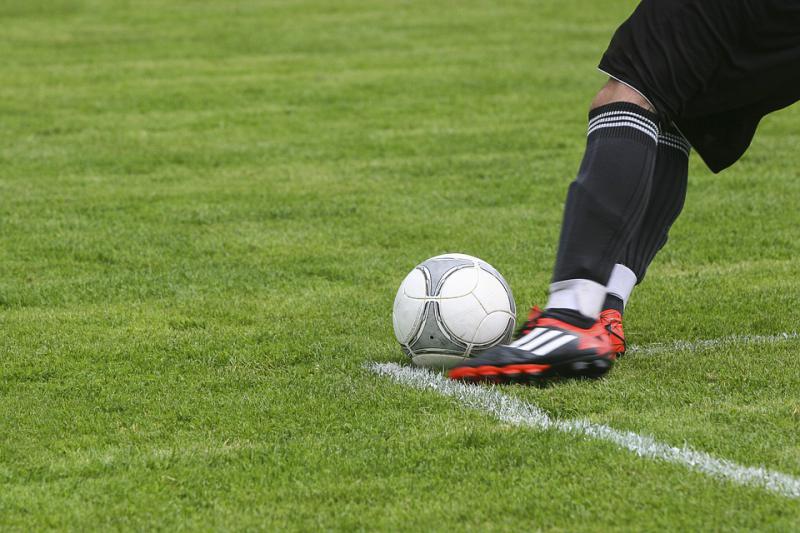 In order to fully master a skill (such as dribbling) a few things need to happen before it comes natural to the athlete and they can do it in a game without thinking.  First, the player must practice on his own and with his team.  He must be taught the proper technique by his coach and corrected instantly when bad habits start to form.  Once a player starts feeling comfortable dribbling the ball, he needs to dribble against an opponent – a teammate, a sibling, the family pet – in an environment that “favors” them with lots of space to get around the defender.  Next, the young athlete needs to be encouraged to dribble in scrimmages and games against “real” opponents.  He needs to be encouraged by everyone on the sideline (coaches and parents) and he needs to feel “safe” to try a new move or make a mistake.The quicker the fear of losing the ball goes away, the sooner you will have a young soccer player who is confident with the ball at his or her feet.

So, the next time your daughter is dribbling circles around the players on the other team, don’t cringe with embarrassment  Instead, encourage her.Challenge her.When she comes off the field, don't lecture her.Before she goes back on the field, ask her to show you a move or shoot with her weaker foot.  Don’t make her feel like she did something “wrong” by scoring her 5th goal. Otherwise you run the risk of your child developing into the worst kind of soccer player there is.....an uncreative one.

- How to Cure the Dropout Rate in Youth Sports

- In Youth Sports, Let Kids Do the Talking